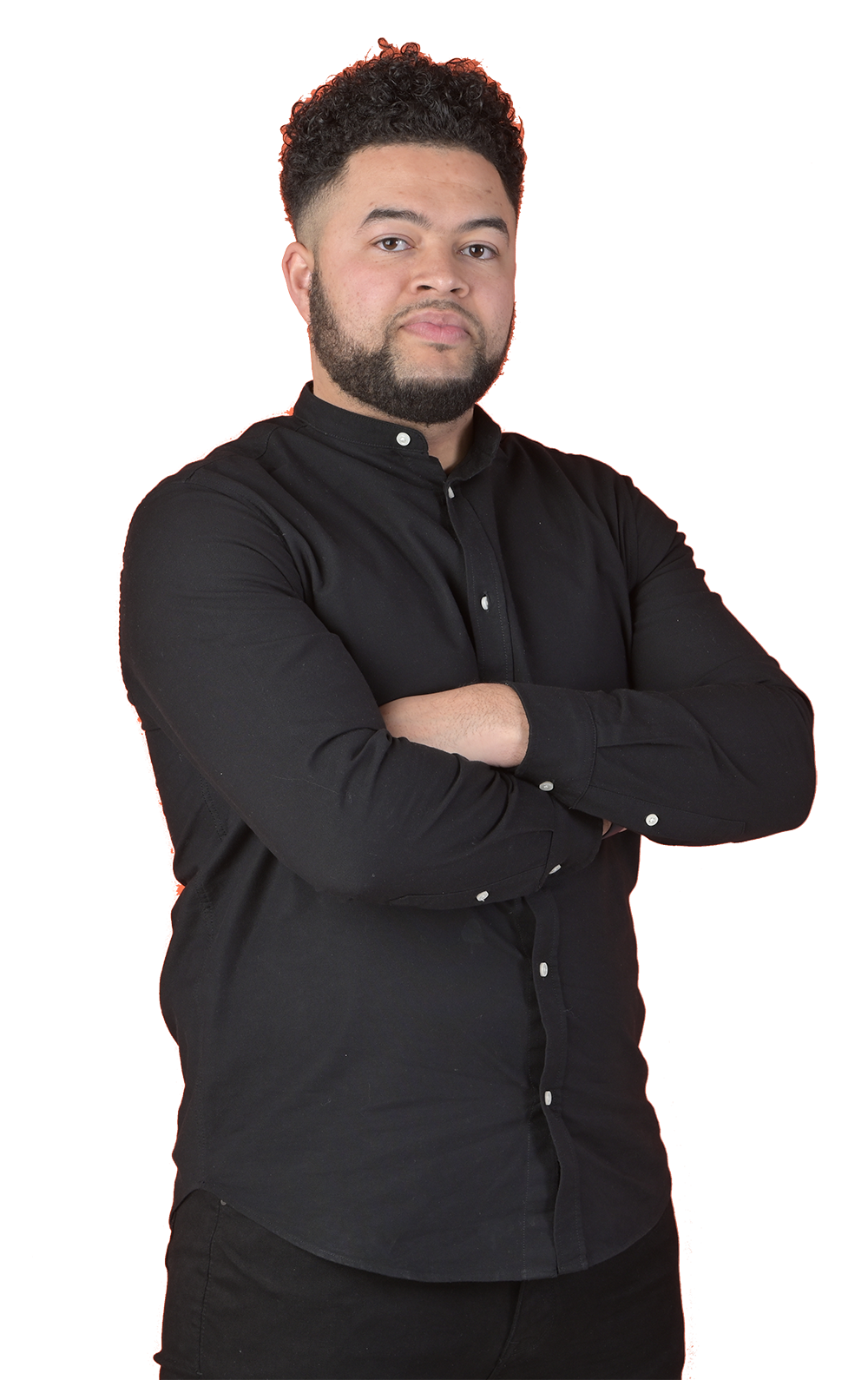 Not a walk but a waltz

Casey Bailey is passionate about Birmingham. You’d expect the city’s Poet Laureate to champion his birthplace, but his feelings run much deeper than that.

He repeats the endearment “Brum, I love you” in his fantastic poem Dear Birmingham. He points out there’s lots to love about the city, from its witty and self-deprecating people to its beautiful buildings.

And one of his favourites is the Town Hall. His long association with B:Music started with his childhood fascination with the historic venue, built in 1834 in the Roman style.

“I fell in love with the exterior of the Town Hall,” he explains. “Lots of Brummies walk past it every day and never really look at it. But if you walked past it in Athens or Barcelona, you’d stop and spend 15 minutes taking photos of it. It’s a stunning building.

“I put a picture of the Pantheon in Rome on my Instagram and said they’d made a copy of the Town Hall in Birmingham. When people said ‘you can’t say that!’ I replied ‘Well, the Town Hall’s nicer’.

“The first time I performed on the Town Hall stage was at The Grind Live spoken word event in 2017. That was incredible. As much as I revered it from the outside, it’s a great space inside as well.”

A turning point in Casey’s creative career came in 2019 when he was asked to write a poem for the launch of Making an Entrance at B:Music’s other venue, Symphony Hall. The building project created a new entrance for the concert hall and opened up the spaces – and opened doors for Casey.

He says: “Making an Entrance was the biggest commission I’d ever done. It would have been easy and safer to find someone more established, but B:Music trusted me with it. It was a great springboard for me.

“Last year I performed on the Symphony Hall stage with the CBSO, which was pretty special. When I launched my book, Symphony Hall helped me do it in the foyer. During lockdown I brought poets together for a livestream session on the stage.

“B:Music has huge venues and put on international acts on a regular basis but can also help me out. It’s really great to have that access.

“B:Music is accessible, inviting and very warm. I feel very at home in Symphony Hall. Sometimes people are worried about going to a classical music venue and ask me what they should wear. I say ‘I’m in jeans and a T-shirt and I’m on stage, so you’ll be fine’. When you’re in there you stop asking if you’re meant to be there.”

Casey’s next B:Music project is a special Commonwealth Games concert at Symphony Hall on June 15, teaming up with rapper Lady Sanity, Black Voices and the 90-piece BBC Symphony Orchestra. He’ll be celebrating Birmingham and telling a story through poetry, singing and rap.

Listening to Casey talk with passion and humour makes you realise what an inspiring teacher he must be. As well as his creative work, he’s an assistant headteacher at a school in Shifnal, Shropshire.

“People say I must be a cool teacher but I taught Maths and write poems, who knew that was cool?” he laughs.

His achievements by the age of only 33 are especially notable considering his own chequered education at Heartlands High School.

Casey, who grew up in Nechells, remembers: “I clashed with one teacher and ended up not going to English lessons all through Year 11. My own experiences of poetry in school were not positive, but I found my own way. I say to the kids that I teach now, ‘don’t convince yourself you don’t like reading when actually you just don’t like reading this’.

“A lot of kids think poetry is more inaccessible than it is because they have to overanalyse every word. You only really need to know how a poem makes you feel.

“When I was a teenager I did a lot of grime MCing at raves, in pubs or somebody’s basement. But I stopped because I was writing about where I was growing up and what I was seeing. I realised at 19 that the music I was making was having a negative impact on my environment. I thought I was reflecting it, but I realised people were quoting my lyrics about gangs and violence as a reason to be bad. That’s not what I was trying to do. It was the first time I realised the power that words can have.

“I started writing again at 22, when my first school asked me to work with students who were disengaged with English. I started BRAP Club, Bailey’s Rap and Poetry Club. We met once a week to talk about rap and music lyrics. I started sneaking a bit of poetry in and I fell back into writing.”

Casey, who holds the position of Birmingham Poet Laureate from 2020 to 2022, was invited to launch the new BBC1 documentary strand We Are England and penned a poem that referenced James Bond, Marcus Rashford and drag queen Bimini Bon Boulash.

His poem about Peaky Blinders went viral, he collaborated with Birmingham Royal Ballet on their new production City of a Thousand Trades, and his piece Step Step describes going from Grand Central to Selfridges, “not a walk but a waltz”.

Casey says: “When you walk through Birmingham city centre, it’s beautiful. You’ll see 200-year-old buildings next to buildings that are two minutes old.

“There’s very little that you can’t do in Birmingham. Why would I want to go anywhere else? We don’t shout about how amazing we are. We have a rich community and culture and world-class talent we should be proud of. There really is a lot to love about Birmingham.” 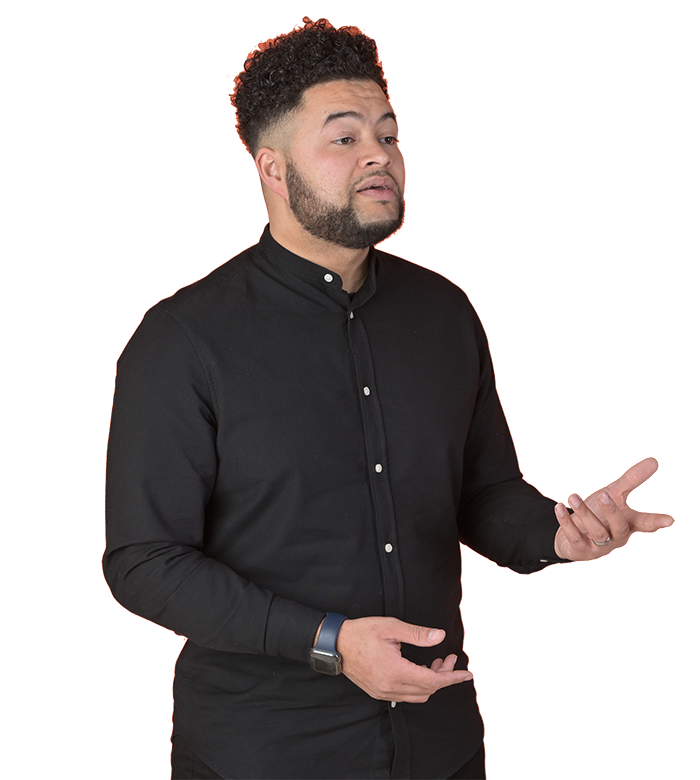 It would have been easy and safer to find someone more established, but B:Music trusted me with it. It was a great springboard for me.
Casey Bailey