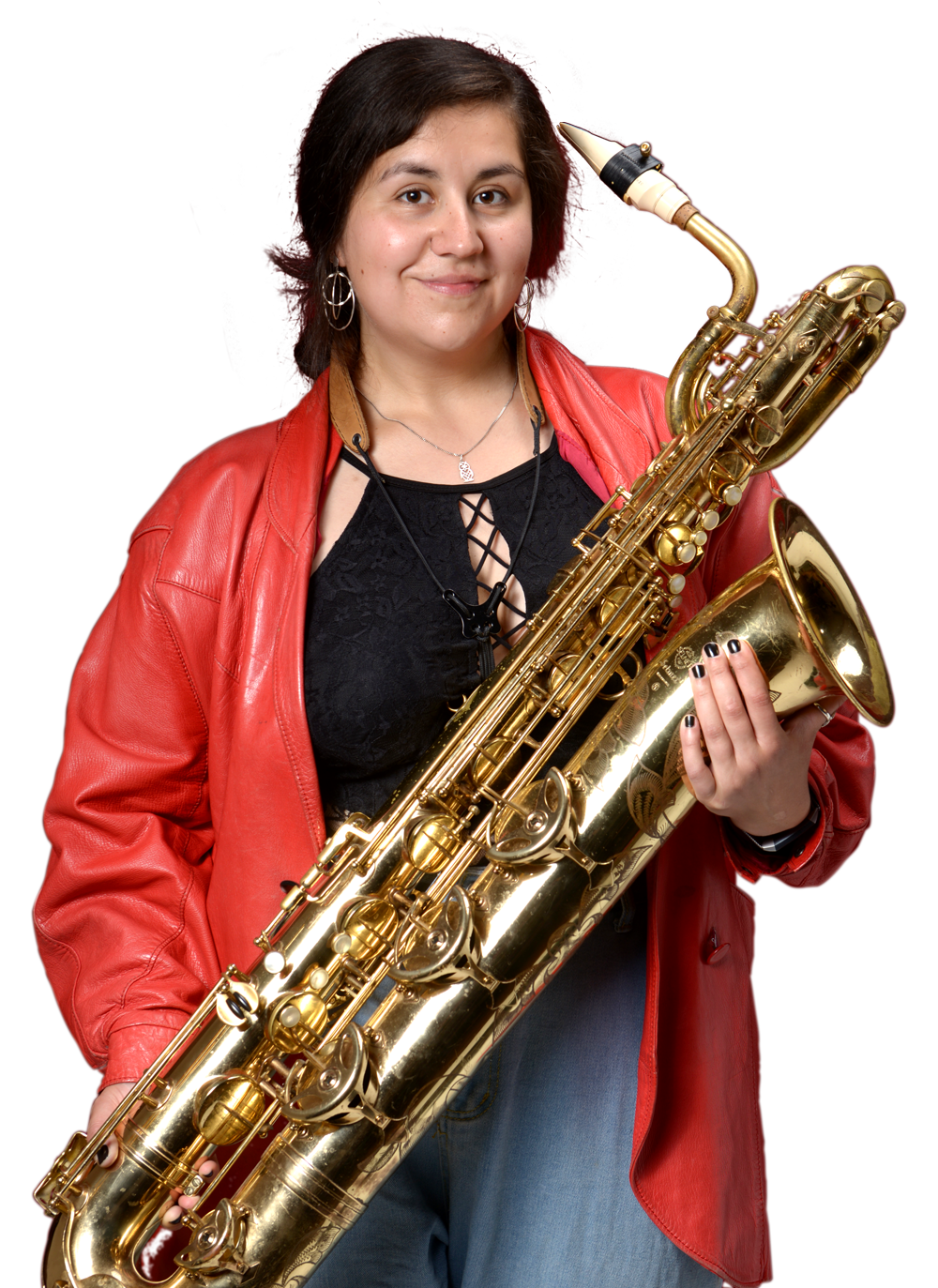 Alicia Gardner-Trejo talks about being somebody different in Jazz and why she prefers the Baritone Saxophone.

When Alicia started to play the saxophone in jazz bands in Birmingham, she’d often be the only girl in the room.

That’s why she now thinks it’s vital to support initiatives like B:Music’s Women in Jazz programme, helping young female musicians and singers with performance opportunities and workshops to develop their skills.

Alicia, a baritone saxophonist and composer, is now in a position to give back to B:Music as a thank you for all the help she’s received from the charity behind Symphony Hall and Town Hall.

As it rebrands under the new name, and its venues open up again for live music, Alicia says: “I very much doubt I could have reached this stage without the support of B:Music. They’ve been there for me since I was a teenager and they really take care of the musicians they come into contact with. I’ve never felt out on a limb.”

Now Alicia, 30, is on the panel of Rise Up, helping the next generation of female jazz musicians.

She says: “It was amazing listening to the applicants, all aged 16 to 25. It’s reassuring that the talent is there, but it’s very easy for people to be put off. You look at the jazz scene and see a lot of white men – I’m used to being the only girl in groups like the Midlands Youth Jazz Orchestra.

“It’s so important to encourage young women and B:Music is really good at addressing this and helping to make the change. I’m conscious that you can’t be what you can’t see, and the scene is very much one type of person, but B:Music do their best to counteract that. They’re good at getting the right people to deliver their message, so people can think ‘if she can do that, so can I’.

“And it’s working – there’s a huge amount of diversity in the people who come for the workshops.”

Alicia takes workshops for the Jazzlines Ensemble, part of B:Music’s dynamic programme of live jazz performances and education projects across Birmingham. The classes are usually held at Symphony Hall, which from August 23-28 will also play host to the Jazzlines Summer School and the first Jazz Fest.

“The Jazzlines workshops are some of my favourite things to do. Obviously, I love performing but it’s so much fun to be able to give back to the community. I love that the programmes are open to anyone and everyone. B:Music does so much for deprived areas of the city with initiatives like Generation Ladywood. I go into schools in Ladywood, Aston and Nechells, places where they can’t afford to put on their own music. A lot of the kids have never seen a saxophone before but it’s great to see young people having fun.” 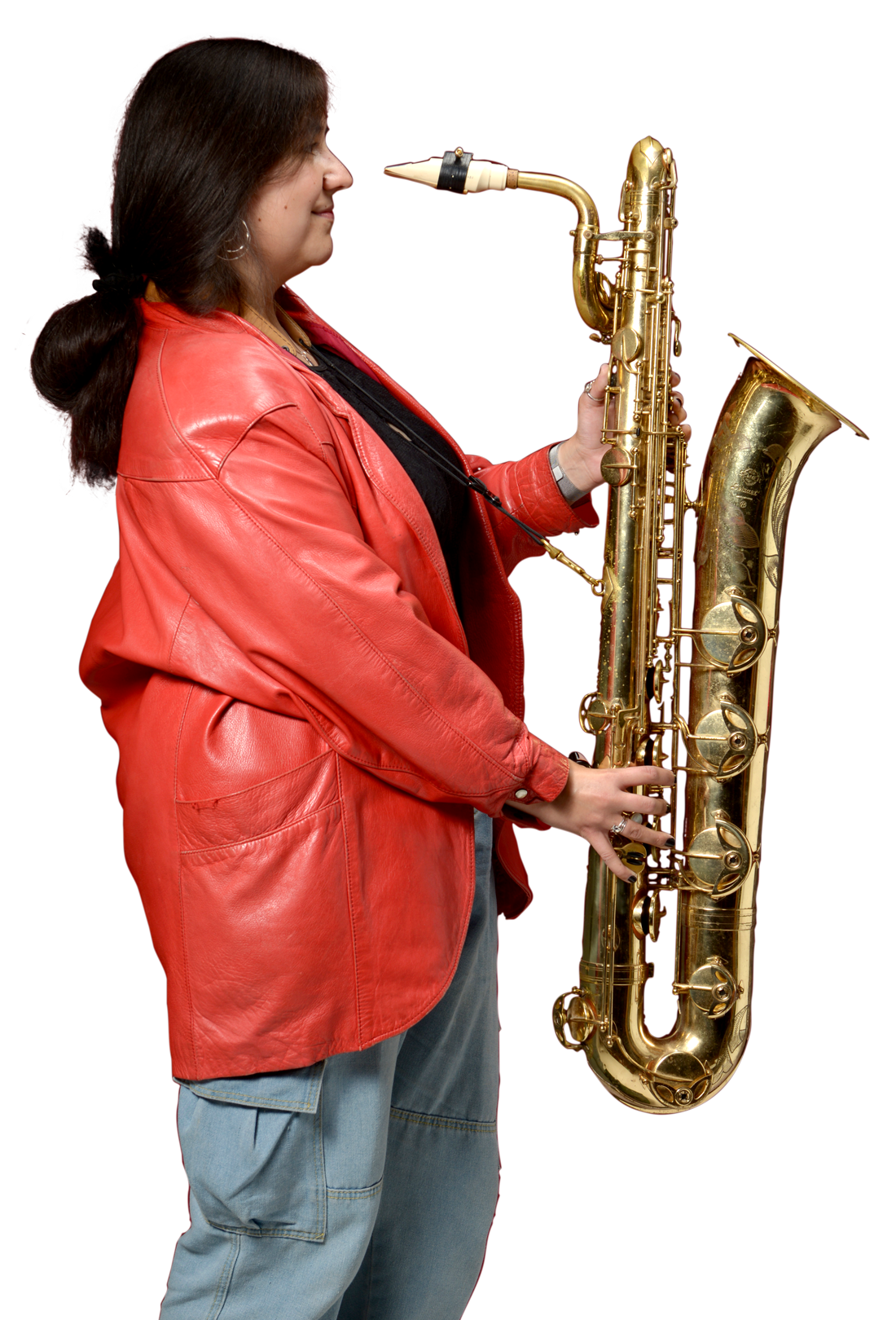 Alicia first picked up a saxophone when she was 11 and starting at King Edward VI Five Ways School in Bartley Green. She remembers: “I wanted to learn an instrument and had my heart set on a trumpet, as I thought it was cool. Then I saw the saxophone on the list of instruments and thought that was even cooler.

“I started out on an alto sax. Meeting other musicians introduced me to jazz and I started listening to jazz artists like Duke Ellington. At 15 I joined Birmingham Jazz, the forerunner to Jazzlines, at the CBSO Centre. I met Reuben James there and other artists, then about 10 of us branched off into a band that became the Jazzlines Ensemble. We’d perform in the foyer of Symphony Hall, a B:Music venue and at one stage I got to play the main stage in a quartet, which was absolutely terrifying. I’d never played such a big room or anywhere with a proper stage. It was amazing, with such brilliant acoustics. I felt so famous!”

Alicia trained at Birmingham Conservatoire and has played in several bands across the region, including Birmingham Jazz Orchestra, Bostin’ Brass and Bobtail. She now directs the community big band The Notebenders with her partner, pianist Andrew Woodhead, with whom she lives in Kings Norton.

The Notebenders was inspired by Andy Hamilton and B:Music has commissioned Alicia to arrange his tunes in celebration of the Windrush Generation, premiered by The Notebenders on August 28.

Alicia makes a living as a professional musician now, but it’s taken hard work to get to this stage.

“When I first left the Conservatoire I had three jobs. Looking back, I don’t know how I did it and performed at gigs as well. I worked at the Black Country Living Museum, pulling pints in the pub dressed as a Victorian. I also worked behind the bar at the Spotted Dog in Digbeth, and I taught.”

Alicia has moved through the different types of saxophone, which range from a baritone and tenor to the alto and soprano. She went all the way to Inverness to buy a hand-made Selmer Mark VI baritone sax.

“I went down from the alto to a tenor because I really liked the deep sound – and because you get more solos! I have more fun doing big band stuff with the baritone. The lower parts resonate with me.”

Alicia concludes: “Jazz isn’t a common genre for young people to get into, so to find other people who wanted to play this music was massive for me. I wouldn’t have met them without B:Music.

“How would I describe B:Music? Inspiring, inclusive, welcoming, diverse, community-minded – and fun!”